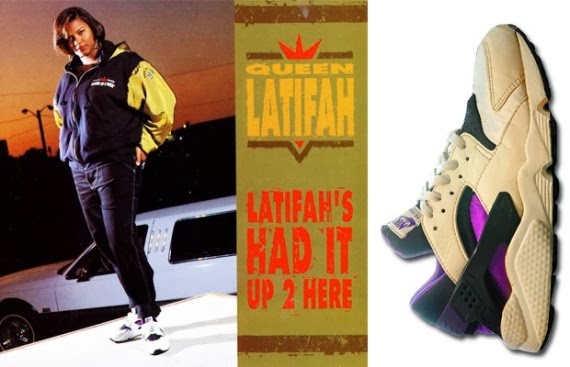 Tinker Hatfield once again cracked it with the design of the Nike Huarache.
The original batch of 5.000 pairs were taken to the New York Marathon and sold out in 3 days after retailers doubted it's potential success, yet Nike still believing that they were on to a good thing.
The silhouette eventually went into production for the masses in 1991 with 250,00 pairs dropped with the backing of original buyers, most of which athletes.
For me I'm a fan of the Huarache and would happily sport the women's 'Purple/Bright Mango' colourway give it a few years.
As with any classic release, Nike are fully aware of the success that the return of the Air Max 90 and more recently the Air Max 1 can bring.
All they have to do it keep turning back the clock to a time where a small majority were into trainers mainly influenced by their music idols to now where you can just walk down to your local high street to see a large variety pounding the pavements in the name of fashion.
﻿
Share 0 Tweet 0 +1