I don't generally comment on celebrities especially ones I have no interest in but after seeing Miley Cyrus all over my news feed over on Footwear Floozy since the following music video was released, it made me look up what exactly this girl is about and why she is popping up on various trainer blogs with reference to her being a "sneakerhead":
I'm forever monitoring what's going on in relation to the women's side of the scene and I can't say that she has ever sprung to mind.
The only facts I personally know about her are the following: 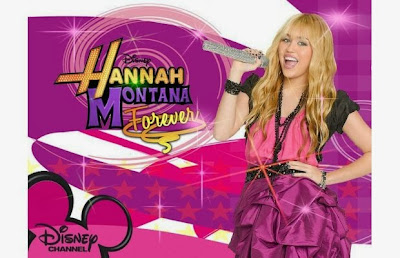 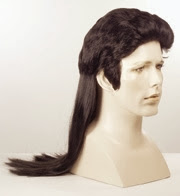 2) Her Dad is Billy Ray Cyrus 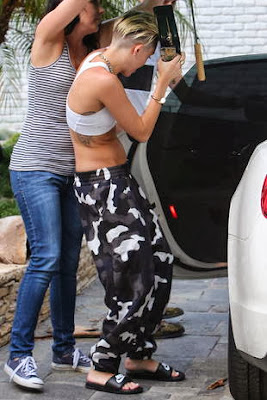 3) This is her "shoe game" when not shooting music videos, at least the flippers are Nike I guess
To put things in to perspective over half of my 'friends' on Floozy are American so with her being big over there on a weekly basis someone is posting about her.
On the flip side of this most people in the UK don't know who she is or if they do, couldn't give a sh.. about her as most of what we see is her crying out for attention doing everything possible to get rid of her girl next door image.
Being partial to see what Complex Magazine have to say from time to time I spotted a feature titled, "Miley Cyrus has a better sneaker game than you and will twerk to prove it". Now for an comment like this, they must have written the feature to spark as reaction as only a few days later they went back on their words in a total contradiction of words.
In my eyes, she is another wagon jumper of which I'm beyond bored of hearing about. Putting on a pair of Jordan's does not mean anything this days in relation to being a serious enthusiast. 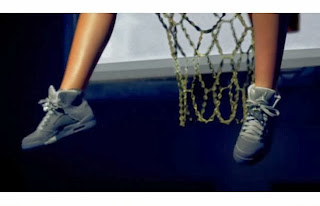 She has never sprung to mind when thinking or looking at female celebrity collectors online.
Searching her name along with "sneakers" only bring up a few images of her in a pair of dunks and off course the Jordan's sported in her latest video 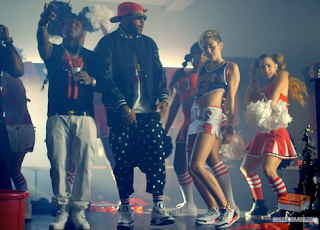 When it comes to twerking it was around long before she attempted it at the VMA's.
In my eyes unless you have a lot of jiggle in your bumper you can't quite pull it off like these ladies: 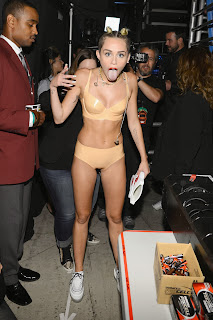 See what I mean - no jiggle here
Getting back on point, this girl is by no means a "Sneakerhead".
I could go on about this all day long but to swiftly end this, she has been styled in what is easily the most recognisable trainer to pick up that those who don't know any better assume is a key piece in being an enthusiast.
I have a few pairs of Jordan's from my teenage years but will admit they have not embraced my feet for many a year now. Fingers crossed that when the fad of a new rise in ladies wearing trainers dies down, they will come out the cupboard.
Miley, quit with this bad girl attitude it doesn't suit you!
Share 0 Tweet 0 +1