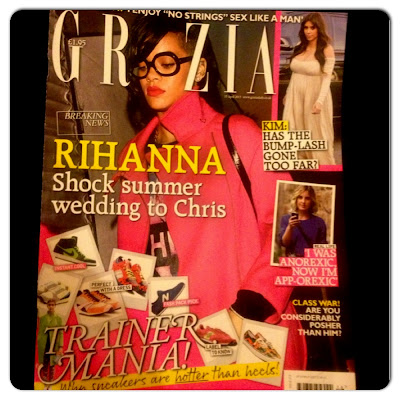 "Sneakers are hotter than heels"
Growing up as a tom boy wearing trainers (I can't bring myself to say sneakers being English) was always the norm for me rather then a fashion statement. 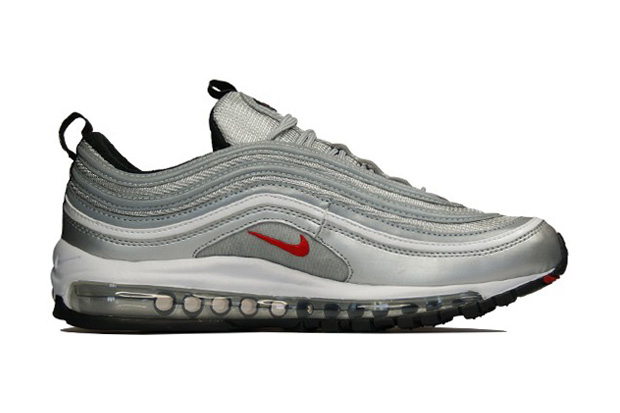 It wasn't until I got to around 10 that I started taking a real interest in trainers going from running around the park scuffing them up playing football to actually taking care of them.
My earliest memory of my first decent pair were the Air Max 97's (my spaceman shoes as I fondly called them) that I got from something like the Freemans catalogue. Even back then I was fond of the garish releases, if only I had them now! 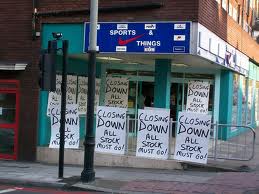 Living in South London I remember it being like a treat on the occasional weekend to go down to Streatham to 'Sports & Things'. Back then even as a little girl I remember this place having all sorts of hidden gems even in small sizes, to me it was like an Aladins cave of trainers. Once I moved out of London I didn't get to go back but heard it started to go down hill resulting in it's closure. 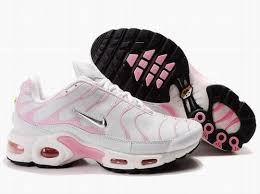 Throughout school I would generally import trainers from America through auction/websites as Brighton didn't have a lot to offer in terms of small sizes other then your bog standard First Sport / Allsports releases that generally consisted of pink and sparkles (because being a girl off course means that is what we want :/ ) so to get something different to the majority I looked elsewhere. Back then it was mainly about the Air Max BW's and Nike TN's to name a few. I won't lie, TN's were a big deal until the term 'Chav' was invented by the press. You also had to have the co-ordinating mini Nike rucksack.
What I liked about moving to Brighton was that it opened my eyes up to all sorts of different styles of fashion and sub-cultures. Literally anything goes here in terms of what you wear, or don't wear in some cases. As I approached my mid teens I moved slightly away from the classic runners to Dunks: 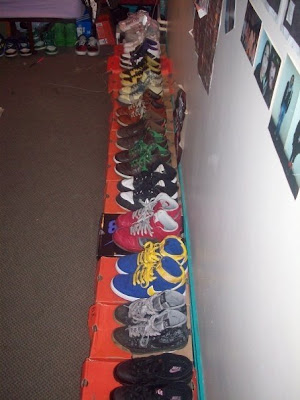 A lot of the styles I chose were often influenced by the musical genres I was listening to at the time or just appeal of the trainers. I'm not one to buy the most recent hyped up release just to be seen in it. I will only wear what I like, not wear something with the view that I will be liked for doing so. 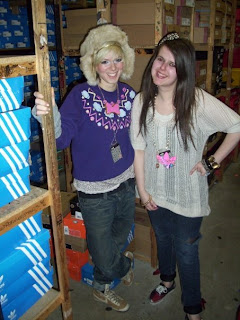 When I was 18 I started working for Size? and this is where I got an even bigger understanding of just how big the "Trainer scene" is and the different sub-scenes within in.

The south was more about the classic basketball kicks while the north from my experience of working at the Leeds store running the Adidas Originals floor seemed to gear more towards the football casual styles such as the Dublins, Gazelles, Munchens and Keglers etc.

Working here also meant talking to plenty of girls from all around the world with a massive love of trainers who like me couldn't get the majority of releases we want because of our small feet!
I did always go on about how Size? should never have stopped selling girls gear but it didn't seem to bring in enough money. This is what sparked my eBay store as I could see first hand despite Size? not wanting to sell women's sizes there is a demand for them.

The difference I have noticed from back then to the present day is how people react to bright and somewhat outlandish trainers. Back then (especially living up north) I would get looks and even called a clown by my delightful geordie mate for the things I would wear and were talking a simple red Adidas Superstar jacket and Red Gazelles. Now those people who didn't like the style are literally grabbing it by the balls and yanking on it hard.
As much as it's great to see more girls wearing trainers these day's what concerns me is the way in which classics styles like the Air Max 1 and Blazer's are being rinsed. 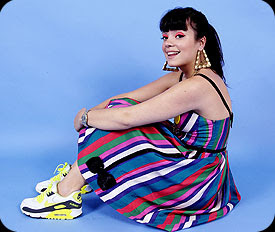 I remember when Lilly Allen came along and being a girl with similar style people would presume you were copying her... right because girls never worse dresses with trainers before she came along?

It's the same these days but with Rihanna and Rita Ora. Rita often gets slated for copying Rihannas style when it's not like she has created a new look. Wearing men's streetwear with girly accessories etc a never before seen style?
BEHAVE...

MC LYTE / NIKE
You can just look back at the likes of  hip hop legends and RNB queens such as MC Lyte, Roxanne Shante and even the likes of SWV, and off course TLC to see the influences of streetwear way before trainers were considered as fashionable as they are these days. 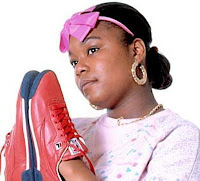 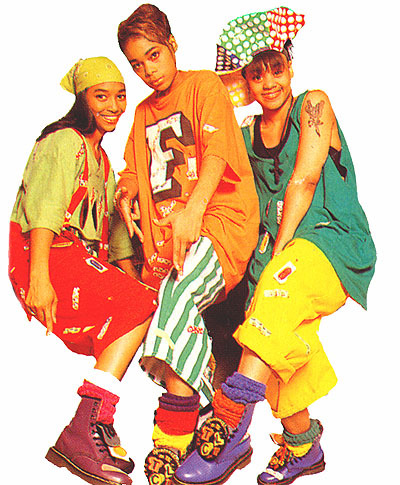 TLC - QUEENS
My mum always said, "You will grow out of wearing trainers when you grow up"
25 years later and I'm still going strong... 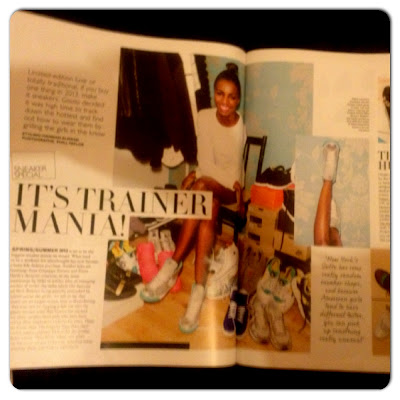 As for the article by Grazia it's great so see them doing a feature on, 'Trainer Mania'.
Although they have focused more on the fashion element rather then history it's still a great spread kicking off with the "Haute Hunter" - Model Leomie Anderson who appears to mix up her collection with high end designer hi-tops to vintage Nike.

I don't know a lot about Leomie and there doesn't seem to be too much about her and her kicks online.
I did however like her response to the following question I read on a random site:

TD: What are some trends you like/dislike?
Leomie: I dislike what Jordan's have become. They make people think they're sneaker heads/ tumblr chicks etc when really half of them are just ugly trainers that get re released. Not all. Some.
I see what she means. I've never been a massive fans of Jordan's and rarely get mine out I just like the history behind them and the ever popular topic of what if MJ went with Adidas.
It's the stereotypical mentality of your average twat who thinks by wearing the latest Jordan release, they are the biggest "Sneakerhead" in the land when they no doubt don't have a clue about why Jordan's are such an iconic classic for Nike and it's fans. 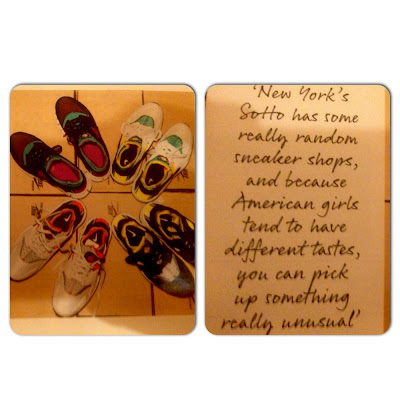 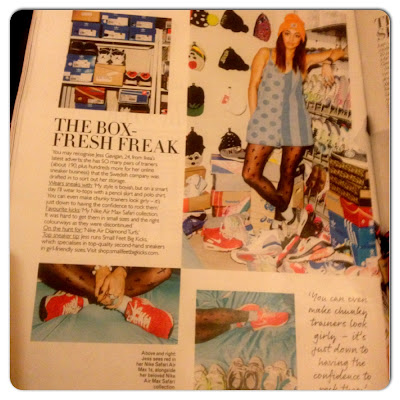 Next up is "The Box Fresh Freak" - Jess Gavigan aka Juice Gee. Jess run's Small Feet Big Kicks a webstore for girl's/boys who are looking to buy smaller sizes.

I was first made aware of SFBK a year or so ago while working for JD Sports by a random customer after I got talking to him about the struggle of getting decent releases in smaller sizes and he suggested the site.
Jess sells all sorts from Air Max 1's to 93's with everything in between to classic football casual styles such as Gazelles.
Now I know many of you share the same struggle of tracking down decent gear under a size UK5 so head over for a browse of whats on offer:
http://shop.smallfeetbigkicks.com/ 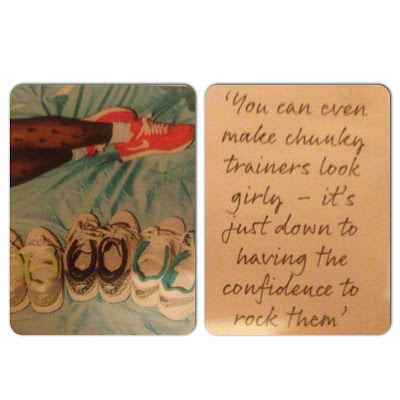 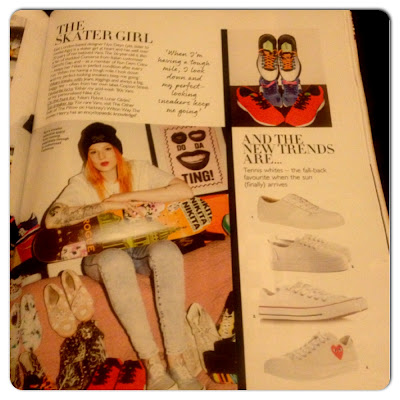 Last but certainly not least is "The Skater Girl" - Nyx Deyn
Nyx is a big fan of Vans but judging from the photo featured has a fair few pairs of Nike's too.
She is also the owner of Copson Street, follow the link for the skate section:
http://www.copsonstreet.com/category/skate/
It's also worth checking out footage from the Copson shoots : Tech Super: 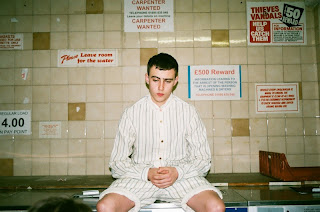 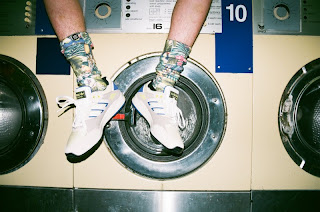 Overall the feature is pretty good looking at the high end to street side of the trainer scene. I like how they have interviewed three girls from three different careers who all share the same passion but represent it in their own way. 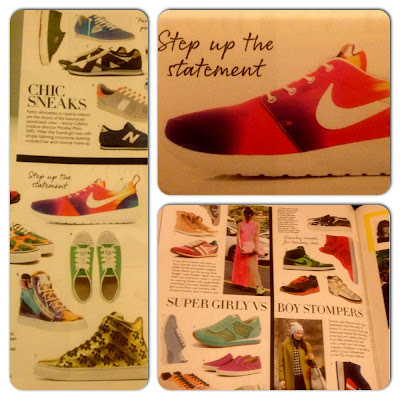 Let's just remember one thing, women have been into collecting, buying, trading and perversing over trainers long before they got big in the name of fashion with girls representing all around the world from Sole Attrativ, Caitlyn Hickey (That shoe girl Katy), Ugly Melly, No Boys Allowed, Female Sneaker Fiend to Big Eyes Little Soles and SFBK to name only a few!
For some of us wearing trainers has always been apart of our life from our earliest memory, for others it may be a new found love. As long as you are wearing them for yourself and not to follow fashion or impress men that's all that matters. 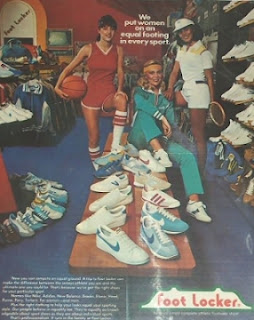