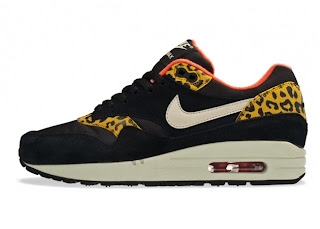 So for those of our fans that frequent the Floozy Facebook page you will be well aware of our recent posts regarding the (we hate to use this word) hype of the Leopard Pack Air Max 1's in black.
Back in August we posted our love for them what with being huge fans of leopard print and off course Nike they were perfect for us.
We did indeed have our hearts set on them for this reason alone however as much as we knew with the heat surrounding the release they would sell well, we didn't think we would see what was meant to be an exclusive UK release to Offspring yet we recently saw in Footlocker Hull, all over the high street. 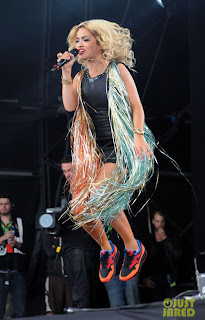 Now we get that off course certain releases do sell out, the problem we have with the release this time around is that a large majority of the people we have seen sporting these are teenagers and girls we know who jumped from wearing brogues to trainers the minute Rita Ora and Rihanna came along. 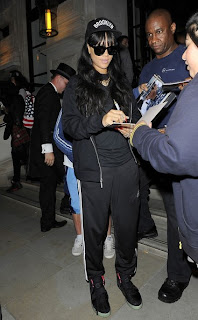 This follow fashion fad rised up with Lilly Allen back in the day with an increase in the popularity of the Air Max 90, that to an extent faded thank god. 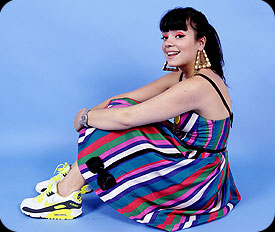 While working for Size? when I was younger I remember a number of girls coming into the store asking me to show them the, "Air Max" to which I replied, "which ones?" The response was, "Er, the ones everyone has" (shock horror)
Now I don't consider myself a collector, I just have a lot of trainers and that is how I have always been since being a tom boy as a little kid so girls like this who wear my favorite styles to follow fashion or sadly enough because their boyfriends are into trainers do my head in.

Thankfully on the flip side of this there are thousands of girls like me across the land who actually have a genuine interest in trainers.
My problem now is that people are buying into something that they don't have a passion for, they just want the latest thing. This off course happens but in the last few years a surge seems to have occurred.
Unfortunately this takes the kick out of it for those of us who have loved and worn trainers day in day out since we were too young to even understand the meaning of ,"Hype beast".
Finally we also noticed how people haven't gone crazy for the Air Max 90 leopards that are equally as nice, this says it all really. 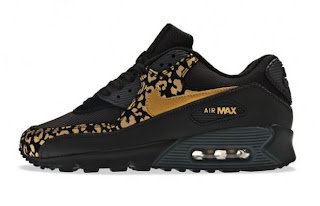 Rather then buy a less popular style, it seems the majority have gone for the ones that are more in the spot light. 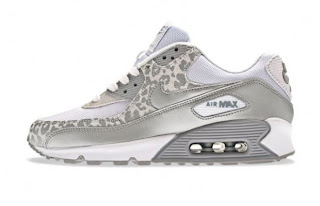 I wonder whether half of the people who bought the 1's were even aware that the 90's exist and if so, would they choose these instead or go with the hype?
All I know is that I would much rather spend £89.99 on buying a pair in from the states etc that I'm unlikely to see many people with.
Just as the Blazers and many Adidas Originals styles have been killed off thanks to mainstream TV (Joey Essex/Towie wannabes) here's hoping other classics don't follow in their footsteps and the fad dies down.
In the meantime we suggest those interested in this subject check out Caitlyn "ThatShoeGirlKatys'" post on Youtube for her views from the states:
HYPE HYPE URGGGGGHHH!
Share 0 Tweet 0 +1